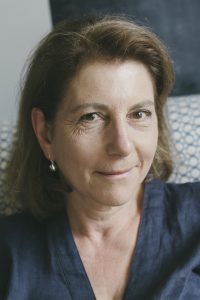 A psychologist who specialises in helping doctors, Caroline Elton has had a unique insight into the stresses and strains that medics face in their day-to-day lives. Drawing on over twenty years of work supporting doctors under pressure, Caroline wrote the acclaimed book Also Human: The Inner Lives of Doctors, a revealing, candid and overwhelmingly human insight into today’s medical profession.
Caroline talks to us about her aims in writing the book, the problems facing modern doctors, and what can be done to support those who are struggling.

What were your hopes when writing Also Human?

My hopes were probably very similar to the RMBF’s hopes for its own campaigns: to raise awareness and draw attention to the issues faced by medical professionals today. I was in the privileged position of being alone in a room hearing all these stories, and didn’t really get the sense that the wider population and patients really know what’s it’s like to be a doctor. I also don’t think TV programmes have tended to give a real picture; all glossed and skewed compared with reality.

I wanted to highlight these issues because I could see that certain things were occurring again and again: issues around race, gender, choosing the right speciality as well as, of course, the pressures that all doctors were working under. The people – the individual doctors – were different, but the underlying problems were very much recurrent.

What is the ‘systemic psycholectomy’ you describe in the book?

What I was referring to with ‘systemic psycholectomy’ was the way in which the psychological needs of the doctor have been surgically excised from how they are selected, trained and supported.
I have seen this in instances where doctors are told that their personal circumstances do not matter, like the obstetrician who can’t get pregnant and is told by her supervisor that her struggles with infertility shouldn’t have any bearing on how she feels about delivering other women’s babies. It’s also extremely apparent in the cavalier way that junior doctors are treated; being expected to find their place in ever-rotating teams with little to no continuity and often inadequate induction.

If you look at the selection process, the way in which the psychological piece has been removed is deeply troubling here too. In the book I describe a how a skilled clinician and senior faculty member from one of the UK’s top medical establishments had to ask whether they ‘should be worried’ by the behaviour of one of their high-performing students. This was a story of poor judgement on two counts. The student in question had tried to interrupt an emergency patient resuscitation to get an attendance form signed; whilst the faculty member hadn’t acted on a glaring red flag and escalated the student’s case. Because the student was brilliant academically, faculty had paid inadequate attention to mounting evidence that he was going to struggle as a practising doctor.

In short, all the amazing advances in medical practice over the last 100 years should be recognised and saluted. But in the light of all these advances, somehow we have lost sight of the basic truth: patients and doctors are both human.

We often find that doctors will delay asking for help until they have gone ‘over a cliff’ of sorts, enduring difficulty in isolation for long periods. Is that also true of doctors who seek your support?

Yes, very much so. Very occasionally, somebody pops up who just wants some help with a particular career transition such as choosing the right specialty; they are not struggling in any way, but they just want to increase the chance that they will make a robust decision. But these are not the typical doctors who come my way. Far more typical is for doctors to approach in crisis, including doctors like Leo, whose example the book begins with [Leo approached Caroline towards the end of his studies, worried that he wouldn’t “survive working as a doctor”]. He had sought help before turning to me, but very often people in medical school rush to reassure, making it hard for students to discuss how desperate they are feeling. Again and again it happens, not out of malice but because people think that reassurance is all that is needed, or sometimes because they are afraid of opening a can of worms.

How can medical students like Leo be better supported?

I think in medical school, support can fall between careers services and counselling services so that the support that doctors like Leo need often falls into a gap. What people need is psychologically nuanced careers support, but what is available currently is either careers advice without much psychological understanding, or psychological support with little knowledge of the students’ future career options.

I wonder whether it wouldn’t be possible to develop a tandem service, with the careers advisers and the university counsellors working together, to help reduce the numbers of people that fall through the cracks. The reason I suggest this is because almost all the doctors who have come to see me who have experienced extreme difficulties in foundation, also experienced problems in medical school. Those who end up leaving in foundation have often experienced considerable difficulties in medical school – but they haven’t received the support they need, to help them make robust career decisions at an earlier stage.

I suspect that many of the doctors who struggle in foundation could be identified in advance, and offered more support once they begin work. However, because of stigma, they don’t come forward; they disengage in medical school, do less well, and get allocated to F1 places that more highly-ranked students have avoided and may also be far away from family and friends. For these reasons, the most vulnerable medical students can end up being offered the least support in their first jobs.

Does this also relate to advice for medical students and trainees when choosing their specialties?

Educational supervisors don’t necessarily have a nuanced understanding of the particular stressors associated with different specialties. For example, I often see trainees who are prone to perfectionism and anxiety, and who have struggled to cope with the acute demands of the foundation years – particularly when the health service as a whole is currently under such pressure. These students often tell me that well-meaning educational supervisors from their hospital placements have said: “Well, if you’re finding it really difficult in hospital, why don’t you consider work as a GP?” This itself is a fundamental misunderstanding of the stresses found in general practice. There might not be patient resuscitations to deal with, but you have to be competent across a whole range of specialties and you’re far more isolated than you are when working on the wards. To enjoy working as a GP (and of course, many doctors do), you have to have a capacity to manage uncertainty.

What single piece of advice would you give to medical students or doctors as something they can take away and apply from today?

My single piece of advice would be to challenge the saying: “Physician, heal thyself.” It is fundamentally wrong. The medical profession as a whole cannot escape the fact that medical work is psychologically demanding so the physician should not be expected to heal themselves. Instead, they should feel able and comfortable to seek help from others, whenever it is needed. “Get help”, rather than “heal thyself”, is a better maxim.

Also Human: The Inner Lives of Doctors is published by Heinemann. We look forward to welcoming Dr Elton for a special guest talk at our 2018 Annual General Meeting.